The crown vs. corona

STOCKHOLM — For the kings and queens of Europe, the coronavirus pandemic is starting to look a lot like wartime.

Called away from the routine ceremonies that fill up their normal schedules, the Continent’s monarchs have been thrust onto primetime broadcasts in recent weeks to calm and instruct their people in a way rarely seen since World War II.

In a speech to the nation, the king of Sweden sought to express solidarity and at the same time rally people behind the government line that social distancing is vital to slowing the spread of the coronavirus.

“Many people are worried about their health, about their relatives, about their livelihoods,” King Carl XVI Gustaf said. “We are in a situation which demands people take responsibility.”

The stakes for these messengers — hauled back into national emergency mode much like retired doctors are being called back to hospitals — are higher than usual.

Get it right, and the crisis could become a defining moment, an opportunity to turn an oft-maligned and increasingly antiquated institution into a source of national strength. Get it wrong, and the damage could threaten a monarch’s reason to be: Why have a royal house if it can’t help the people in their darkest hour?

Sweden’s royal family is not the only one to have reached out to the public during the crisis. In mid-March, the kings of Norway, Belgium and the Netherlands also addressed their people, as did the queen of Denmark. In London, Queen Elizabeth II released a written statement. Her son and heir, Prince Charles, has said he has tested positive for coronavirus and has “been displaying mild symptoms but otherwise remains in good health.”

“A comforting message helps ease the imminent sense of danger,” said Kristina Widestedt, a researcher at Stockholm University, who has studied the role of royals in society. “This is not yet a national disaster, but many are anxious and worried,” she said about the coronavirus situation in Sweden.

Royal appearances aren’t just about easing people’s fears and lending comfort, experts say. They’re about reinforcing the idea that the crisis requires a deployment of resources and a sense of collective sacrifice, on par with a war.

In Sweden, King Carl Gustaf, who is 73, sought to address people of his own age who are at most risk from the coronavirus but who have at times bridled at new limits on their freedom.

Sweden’s approach deviates from the path taken in most other European countries: Its schools largely remain open and gatherings of up to 50 people are still allowed. However, universities have been closed and workers have been told to stay at home where possible. The elderly have been told to take particular care to isolate themselves. Some academics have warned the government’s strategy amounts to a game of “Russian roulette” that is putting millions at risk.

“We need to listen to the advice of our specialists and our authorities,” the king said in his address. “The queen and I and our family are trying to follow this advice as much as we can.”

The reaction in Swedish media to the king’s speech was cautiously positive.

“The king knows what is needed and he did it,” columnist Lena Mellin wrote in the Swedish daily Aftonbladet. “Not brilliant, but a clear pass.”

On the streets of Stockholm, locals were less generous.

“To be honest, for me and many of my generation, the king is kind of an irrelevance,” said Daniel Lindell, a 33-year-old art director who was out walking his dog past the royal palace. “He’s kind of a comic-book figure for many, whom we laugh at when he gets things wrong.”

Support for the royal family in Sweden is steady but not overwhelming. A recent survey by the pollster Kantar Sifo showed that around 50 percent of respondents had “a lot or quite a lot of confidence” in the royals.

In Spain, where the royal family was recently embroiled in a corruption scandal, a speech by King Felipe VI was met by a cacophony of pot banging and jeering from thousands of quarantined Spaniards who went out onto their balconies to register their disapproval.

The ill will was exacerbated by a feeling that the king had been slow to respond to the pandemic, only addressing the nation after royals in several less-affected parts of Europe did so, as a number of local dailies pointed out. 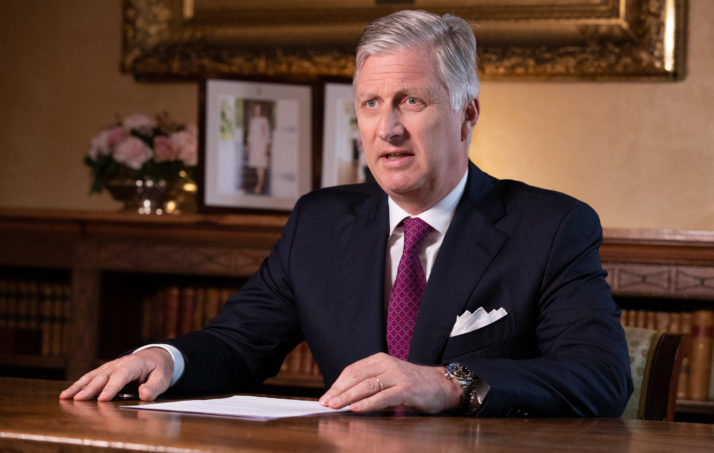 Still, recent history has shown that speeches by royals in times of war and other times of crisis or emergency tend to help the reputation of a royal house and boost morale in the country.

At the start of World War II, British King George VI’s speech to the nation — warning of “dark days ahead” when war “can no longer be confined to the battlefield” — was seen as a galvanizing event.

When Spanish King Juan Carlos went on television in 1981 to denounce a coup, the moment was later seen as key to the uprising’s subsequent squashing.

And in 2004, King Carl Gustaf took on a surprise role as a “father of the nation” figure as his country mourned the 543 Swedes killed by the Asian tsunami. 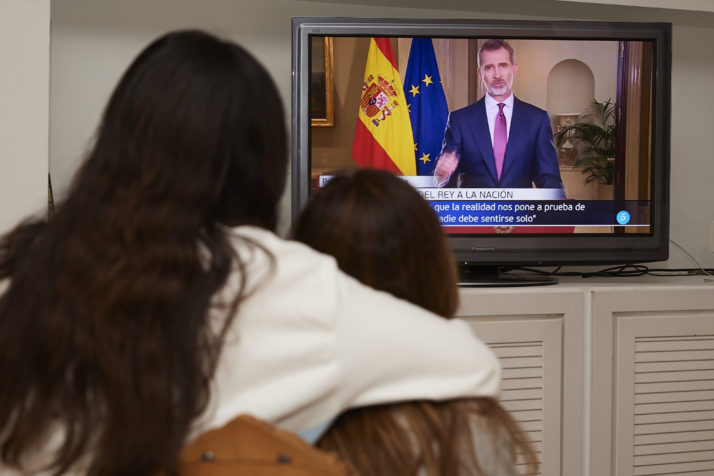 If, as looks likely, the coronavirus crisis worsens, and the number of deaths continues to soar, Europe’s monarchs may well be called upon to play such a role again.

“My guess is that the king will give a longer and more personal speech, addressed to the people, if death tolls keep rising and hospital resources are reaching their limits,” said Widestedt, the Swedish academic.

For some, this crisis may prove an occasion to prove their relevance by helping Europe through a period of mourning and trauma.

For others, it may already be too late to save an ailing institution. A national catastrophe will only expose the limits of their power and their distance from the people.

“There isn’t much the king could say about the crisis that I would listen to,” said Lindell, the Swedish art director. “But if he opened up the palace and put hospital beds in it, maybe that would be something.”

Facebook
Twitter
Google
Email
Pinterest
Newer How 5G could help reignite the tourism industry next year
Back to list
Older US coronavirus: White House prepares for death toll to exceed 100,000 and warns next 30 days are crucial