In the last three years, tensions among major powers have escalated, with China involved, willingly or otherwise, in several episodes. These include the trade war with the United States, border frictions with India, maritime issues with several Southeast Asian countries in the South China Sea, industrial espionage accusations involving Huawei, the U.K. and other Western countries’ reaction to the national security law in Hong Kong, and more recently controversy surrounding the origins of the novel coronavirus.

Who are China’s foes? To what extent can China rely on its friends? Given the importance of the international sector in the Chinese economy, these are important questions to consider. Trade sanctions, as in the past, can be used to punish China. If such sanctions are carried out, to what extent will China’s international trade be affected?

We took the 26 major trading partners, which make up 80 percent of China’s total trade, and then excluded Taiwan due to data inconsistency and Hong Kong due to Chinese goods being re-exported from the city. We classified the remaining 24 countries based on their relationship with China using big data. We counted the number of articles in the Financial Times and South China Morning Post, over the period of January to June 2020, that contained negative sentiments such as “tension,” “disagreement,” “dispute,” “accusation,” and “war” involving China and its trading partners.  We categories the countries with the largest of negative connotations as “red” while the green countries are those with the least. The yellow ones are those around the average.

(While one could argue that a given country should belong to another category, we were data driven in our classification, using the methodology outlined above.) 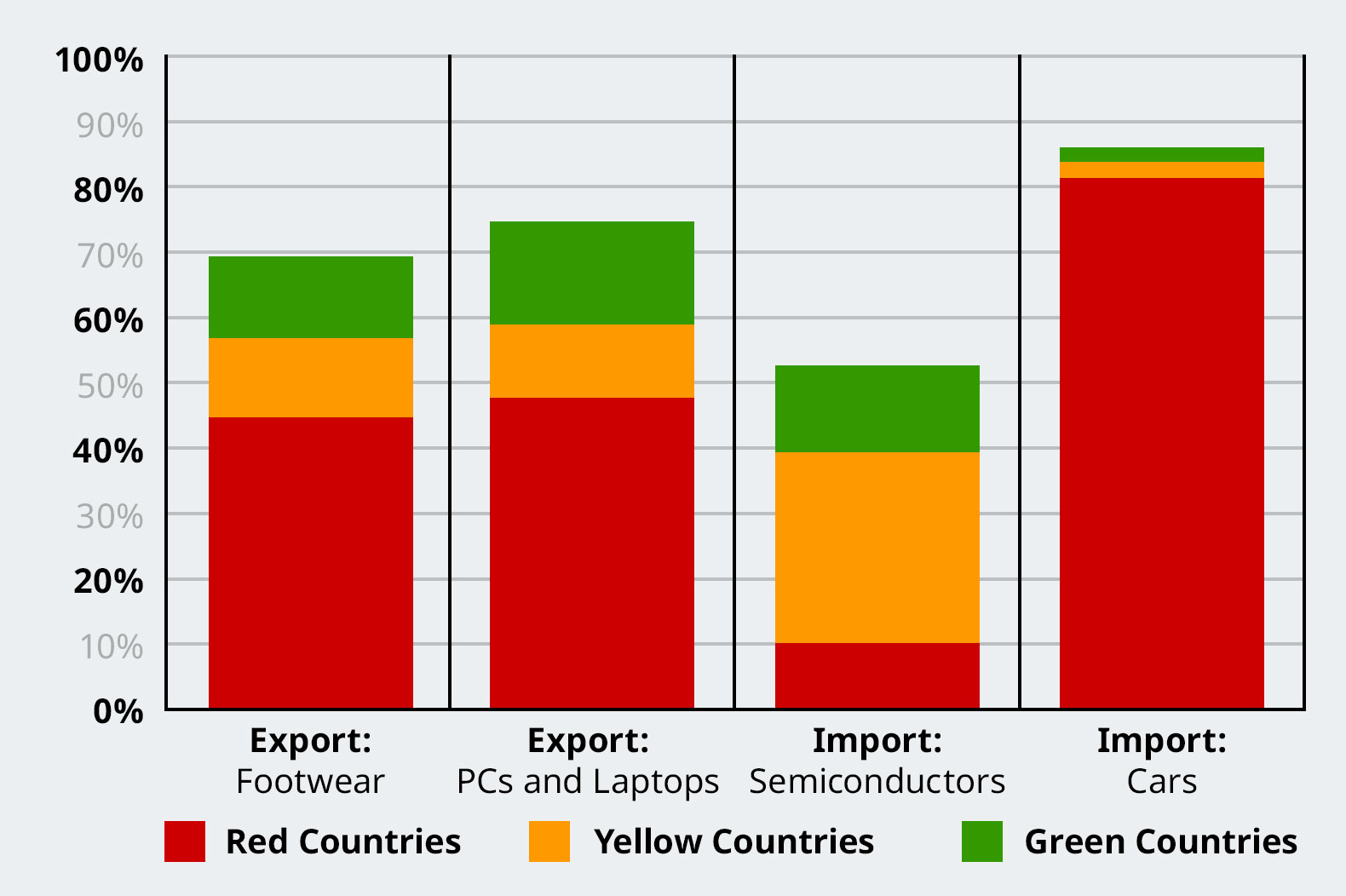 Get first-read access to major articles yet to be released, as well as links to thought-provoking commentaries and in-depth articles from our Asia-Pacific correspondents.

The above analysis implies the following: First, being involved in international relations tension with several countries at the same time is never a good idea. In the case of China, the current feud with the United States and the uncomfortable relationships with the U.K., Japan, India, and Australia, all add up to be a little too much from an international economics perspective. Second, China needs strong international relations with the EU in the west and ASEAN in the south. Members of these two economic blocs are prominent among the yellow countries in our classification above, particularly Vietnam, Singapore, France, and Italy. The China-Europe and China-Southeast Asia relationships go back centuries, and it would not be sensible to allow those relationships to be tainted. Third, since China’s exports would be more affected by these tensions compared to imports, the power of cranking up the domestic market for items like PCs, laptops, footwear, and cars should never be underestimated. If there is any one market that can replace the markets of the red countries, it will be the China market itself.

Dr. Wu Howei is a lecturer of economics at CEIBS.

Dr. Matthew Yeung is an associate professor at Lee Shau Kee School of Business and Administration of the Open University of Hong Kong.